The Ways of Winter — Karen Myers 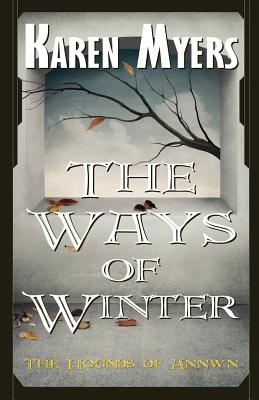 
Book 2 of The Hounds of Annwn TRAPPED BEHIND ENEMY LINES, CAN HE FIND THE STRENGTH TO DEFEND ALL THAT HE VALUES MOST, OR EVEN JUST TO SURVIVE?
It’s the dead of winter and George Talbot Traherne, the new human huntsman for the Wild Hunt, is in trouble. The damage in Gwyn ap Nudd's domain reveals the deadly powers of a dangerous foe who has mastered an unstoppable weapon and threatens the fae dominions in both the new and the old worlds.
Secure in his unbreachable stronghold, the enemy holds hostages and has no compunction about using them in deadly experiments with newly discovered way-technology. Only George has a chance to reach him in time to prevent the loss of thousands of lives, even if it costs him everything.
Welcome to the portrait of a paladin in-the-making, Can he carry out a rescue without the deaths of all involved? Will his patron, the antlered god Cernunnos, help him, or just write him off as a dead loss? He has a family to protect and a world to save, and little time to do it in.
Editorial Reviews
"There are many instances where a sequel fails to deliver on the promise shown in the first book. Happily, this is not one of those. The quality of the writing has been maintained at the highest levels, making this as absorbing as its predecessor. Relationships with old friends from the first book are further explored with sensitivity and wit, while new characters are introduced and developed with great skill.
This is fantasy writing at its best, and I would definitely recommend Karen Myers’ books to any fan of the genre." -- Baily's Hunting Directory
Reviews from Goodreads.com