Who's On Top? — Karen Kendall 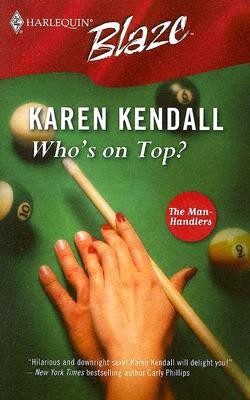 In the battle of the sexes, who will win this round? Jane O'Toole is determined to come out ahead, even though Dominic Sayers is a formidable -- and hot -- competitor. She's been hired to assess his ability to be a team player, but the sparks between them are tempting her to test his other abilities.

While it seems inevitable that they're going to end up tangled in the sheets, she's not giving in quietly. For every one of his naughty suggestions, she'll counter with two of her own. And when their seductive games are done, the only challenge will be to see who's the most satisfied.

The Man-Handlers
Women who know how to get the best from their men
Reviews from Goodreads.com