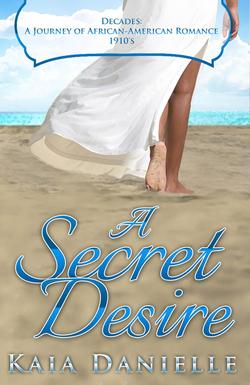 A headstrong widow finds herself in the arms of the one man she shouldn't want in a 1912 all-Black beach resort.

With funds running low, widow Halle Duncan's only means for survival is to revive her late husband's abandoned dream: a summer getaway where their people can relax and enjoy themselves, free from the weight of prejudice. An arranged union had forced her to marry young. Now once again, society dictates that she have a man by her side to succeed. But, Halle is in no rush to remarry, or even take a lover -- until an old family friend appears to tempt her with forbidden fruit.

Nick Green has been in love with Halle Duncan since he first glimpsed her years ago. Back then, he had no intention of disrespecting his mentor, and she had been his wife. Even after the old man's death, Nick vowed to keep his distance. But when an unscrupulous land investor threatens to snatch away Halle's resort, Nick is forced to get closer than even he could have imagined.