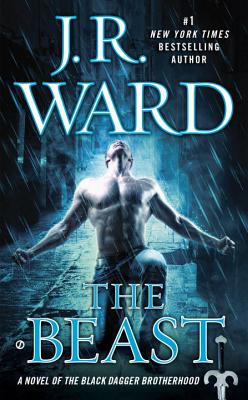 Rhage and Mary return in a new novel of the Black Dagger Brotherhood.

Nothing is as it used to be for the Black Dagger Brotherhood. After avoiding war with the Shadows, alliances have shifted and lines have been drawn. The slayers of the Lessening Society are stronger than ever, preying on human weakness to acquire more money, more weapons, more power. But as the Brotherhood readies for an all-out attack on them, one of their own fights a battle within himself…

For Rhage, the Brother with the biggest appetites, but also the biggest heart, life was supposed to be perfect -- or at the very least, perfectly enjoyable. Mary, his beloved shellan, is by his side and his King and his brothers are thriving. But Rhage can't understand -- or control -- the panic and insecurity that plague him…

And that terrifies him -- as well as distances him from his mate. After suffering mortal injury in battle, Rhage must reassess his priorities -- and the answer, when it comes to him, rocks his world...and Mary's. But Mary is on a journey of her own, one that will either bring them closer together or cause a split that neither will recover from...
Reviews from Goodreads.com

The Beast is the fourteenth book in the popular Black Dagger Brotherhood series by American author, J.R. Ward. The battle with the lessers in the opening pages of this instalment sees Rhage taking a bullet to the heart. And the Scribe Virgin’s inaction has the reader wondering: is Rhage headed for the Fade? But his shellan, Mary is not quite ready to give up and join him in the Fade: she wants to be there for young Bitty, a now-orphaned girl at Safe Place needing support.

As well as the main action in the lives of Mary and Rhage, one of the Band of Bastards is captured while another acts to join the glymera; early labour causes anxiety as an eagerly-anticipated pair of siblings is born; two members of the Brotherhood household are in for a surprise of the sibling variety (plenty of irony there!); Vishous returns from the Sanctuary with some shocking news; Assail performs an unexpected rescue; and Zhadist helps burn down a glymera mansion.

As always, the banter between the characters, in particular the Brothers (and Lassiter!!), is a source of humour, but a certain bathroom scene and the endless jokes on that theme also provide laugh-out-loud moments. Of course there is the odd battle and plenty of sex, but there is also a lot of sweetness in this one. Addictive, as always.
4.5 stars