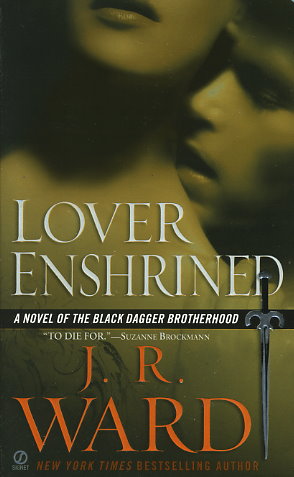 In this paranormal romance saga, there's a war raging between vampires and their slayers. Here are the stories of a secret band of brothers like no other--six vampire warriors, defenders of their race. And now a dutiful twin must choose between two lives....

Fiercely loyal to the Black Dagger Brotherhood, Phury as sacrificed himself for the good of the race, becoming the male responsible for keeping the Brotherhood's bloodlines alive. As Primale of the Chosen, he is obligated to father the sons and daughters who will ensure that the traditions of the race survive, and that there are warriors to fight those who want all vampires extinguished.

As his first mate, the Chosen Cormia wants to win not only his body but his heart for herself. She is drawn to the noble responsibility behind the emotionally scarred male. But Phury has never allowed himself to know pleasure or joy. As the war with the Lessening Society grows grim, tragedy looms over the Brotherhood's mansion, and Phury must decide between duty and love....
Reviews from Goodreads.com

Lover Enshrined is my 2nd favorite out of the series so far. Phury''s story is only second place to his twin''s, Zadist, story. There is a lot going on in this book. As the war with the lessers increases, Phury feels more and more pressured to do what is 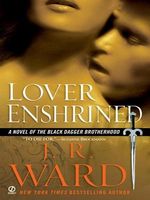