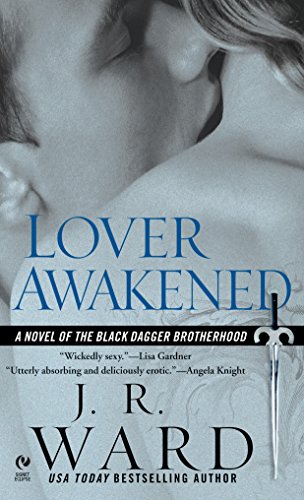 In the shadows of the night in Caldwell, New York, a deadly turf war rages between vampires and their slayers. There exists a secret band of brothers like no other--six vampire warriors, defenders of their race. Of these, Zsadist is the most terrifying member of the Black Dagger Brotherhood.

A former blood slave, the vampire Zsadist still bears the scars from a past filled with suffering and humiliation. Renowned for his unquenchable fury and sinister deeds, he is a savage feared by humans and vampires alike. Anger is his only companion and terror his only passion--until he rescues a beautiful female from the evil Lessening Society.

Bella is instantly entranced by the seething power Zsadist possesses. But even as their desire for each other begins to overtake them, Zsadist's thirst for vengeance against Bella's tormentors drives him to the brink of madness. Now Bella must help her lover overcome the wounds of his tortured past and find a future with her....
Reviews from Goodreads.com

Zsadist''s story is so far the most moving. In the series so far, we''ve seen Zsadist, through everyone else''s eyes, as someone to be feared. In Lover Awakened we see him as someone who fears. He just hides it behind a tough as nails exterior. Bella is f