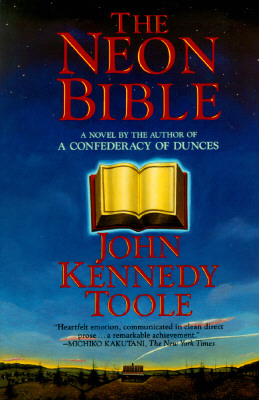 John Kennedy Toolewho won a posthumous Pulitzer Prize for his best-selling comic masterpiece A Confederacy of DunceswroteThe Neon Bible for a literary contest at the age of sixteen. The manuscript languished in a drawer and became the subject of a legal battle among Toole’s heirs. It was only in 1989, thirty-five years after it was written and twenty years after Toole’s suicide at thirty-one, that this amazingly accomplished and evocative novel was freed for publication.
Reviews from Goodreads.com