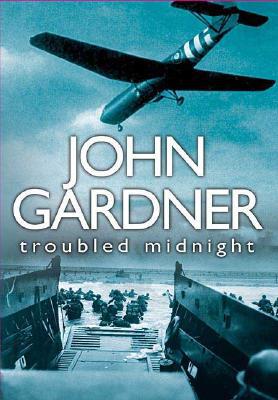 In 1943, The United Kingdom is alive with men and women making ready for the greatest invasion in history: preparing to assault Hitler's Fortress Europe. The skies are full of training aircraft, their engines merging with the throb of the RAF and USAAF bombers heading on round-the-clock missions against Germany.
With fresh bloodshed on the horizon, the coming Christmas preparations seem even more poignant. But with just ten days to go, the seasonal mood is shattered in the quiet market town of Wantage in Berkshire by the discovery of two badly battered bodies. It seems that the victims were tortured before being beaten to death. Detective Chief Superintendent Tommy Livermore and DS Suzie Mountford, Tommy's right-hand woman and secret lover, are assigned to the case.

The bodies are identified as Lieutenant Colonel Tim Weaving, an officer commanding a detachment from the Glider Pilot Regiment stationed at a nearby airfield; and Emily Burrage, wife of the town's hero, an officer with the Desert Rats who was awarded the Victoria Cross at Tobruk.
As they begin to investigate the double murder, Tommy and Suzie are joined by Curry Shepherd, a representative of the Intelligence Services. It is possible that an enemy agent has interrogated Tim Weaving and as he was in possession of information concerning the plans for Overlord---the Allied plan for the invasion of occupied Europe---things become urgent. Suzie finds herself seconded to War Office Intelligence Liaison and so enters the secret world.
This is a surprising, dark, and imaginative novel from one of Britain's best thriller writers.
Reviews from Goodreads.com