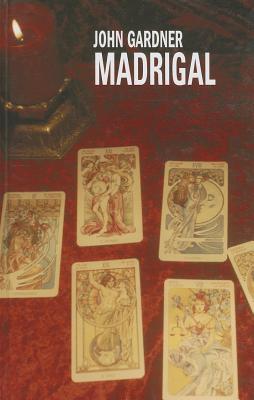 The Cold War is at its height.

And Boysie Oakes is back in another terrifying adventure.

The reluctant assassin has been sent to Berlin to make a kill 'in the cold' on the other side of the Wall.

Trying to remember his own code-name, he is soon battling enemies that include
Russian secret servicemen, psychotropic drugs and a silky Chinese stripper called Rosy Puberty.

Both the Soviets and the Chinese want to track down his target, and Boysie is caught up in a deadly game of power politics.

And despite his best efforts, Boysie finds himself drawn into a far more sinister conspiracy - a face-to-face confrontation with the legendary Soviet spymaster General Khavichev.

‘Madrigal’ is the fourth in the Boysie Oakes series of novels by John Gardner. Tightly written and packed with incredible twists, ‘Madrigal’ is a brilliant continuation of the story of Gardner’s cowardly professional assassin.

It is perfect for fans of classic British spy fiction, including Ian Fleming, Len Deighton, and Desmond Bagley.

Before coming an author of fiction in the early 1960’s John Gardner was variously a stage magician, a Royal Marine officer and a journalist. In all Gardner has fifty-four novels to his credit, including Maestro, which was the New York Times book of the year. He was also invited by Ian Fleming’s literary copyright holders to write a series of continuation James Bond novels, which proved to be so successful that instead of the contracted three books he went on to publish some fourteen titles, including Licence Renewed and Icebreaker. Having lived in the Republic of Ireland, the United States and the UK, John Gardner sadly died in August of 2007 having just completed his third novel in the Moriarty trilogy, Conan Doyle’s eponymous villain of the Sherlock Holmes series.
Reviews from Goodreads.com