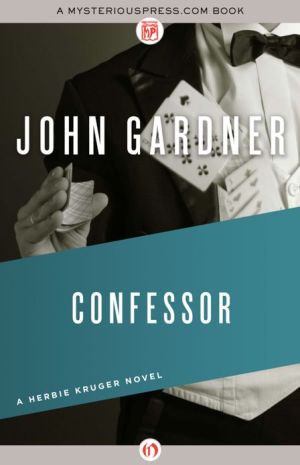 Retired and miserable, Big Herbie searches for an old friend's killers Heartbroken and unemployed, Herbie Kruger has turned to the bottle. Over decades in the Secret Intelligence Service, he has learned to hold his liquor wellpairing his scotch with English agents and vodka with the Russiansbut lately, he's been going to pieces. And it will take an old friend's death to draw him out of his funkand back into the line of fire. Fellow retiree Gus Keene was driving down a quiet street when his car erupted into a ball of fire. The Service's Chief Confessor, Keene was an interrogation specialist, willing to do anything to get answers. As Big Herbie digs into his friend's murder, he finds evidence of a widespread terrorist network. But the reason for Gus's killing may be connected to his secret hobby: magic. As Big Herbie digs deeper into the cutthroat world of professional illusionism, the more likely it is that someone will make him disappear.
Reviews from Goodreads.com