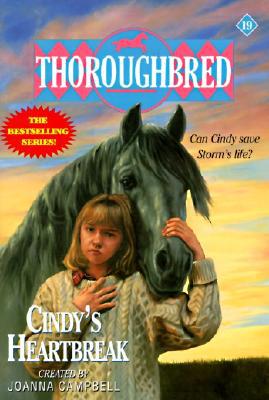 Cindy has trained Storm ever since he was a colt. Now he's a full-fledged racehorse and he's blindingly fast. In his three-year session at Gulfstream Park, Florida, he piles up victory after victory. Cindy is sure that storm is on his way to becoming a champion.
When they get back to Whitebrook, though, disaster strikes. Cindy discovers that an incurable disease has spread through the area. Then Storm tests positive, and the vet warns that if they don't put Storm down, he may spread the disease to all the other horses. Cindy is heartbroken at the thought of losing her beloved Storm. But can she risk putting her other horses in danger to save Storm's life?
Reviews from Goodreads.com