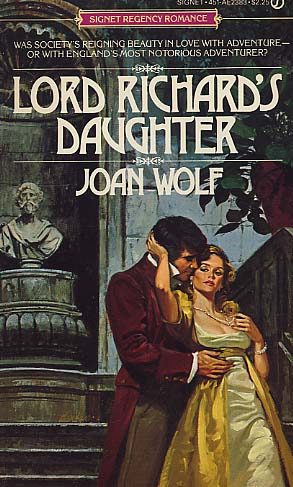 WAS SOCIETY'S REIGNING BEAUTY IN LOVE WITH ADVENTURE -- OR WITH ENGLAND'S MOST NOTORIOUS ADVENTURER?

Lord Richard Wells, Duke of Crewe, had shocked the Regency world by sailing off to darkest Africa. Now, five years later, his lovely daughter Julianne returned to London with a story of her father's tragic death and her own miraculous rescue by the notorious English adventurer, John Champernoun.

Little did aristocratic society suspect what had really happened in Africa, nor did Julianne want that truth revealed. For Julianne was determined to leave her perilous past far behind, and find happiness in a supremely safe marriage to the splendidly handsome, wealthy, honorable and adoring Lord William Rutherford. But Julianne was about to learn that she knew more about the heart of the dark continent than she did about her own--when John Champernoun reentered her life to wake memories and desires as sharp-clawed as leopards and even more dangerous...
Reviews from Goodreads.com