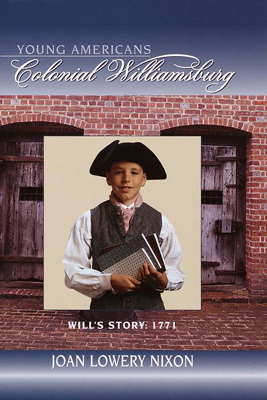 In partnership with the Colonial Williamsburg Foundation come authentic novels set in the 18th century about actual people, places, and events in this celebrated Virginia town.

Eleven-year-old Will Pelham's father is the gaoler for the city of Williamsburg. Mr. Pelham took the job only three months ago and Will is still uncomfortable with the prisoners in the cells beneath his family's living quarters. As he does his chores at the gaol, however, he becomes sympathetic to some of the prisoners' situations, particularly that of Emmanuel, a runaway slave. Then Will starts to suspect that Emmanuel is planning to escape. Will knows Emmanuel would be better off as a runaway -- the slave is sure to face a harsh punishment, maybe even death, when he's reclaimed by his master. But Will has a responsibility to his father, too. What is he to do?
Reviews from Goodreads.com