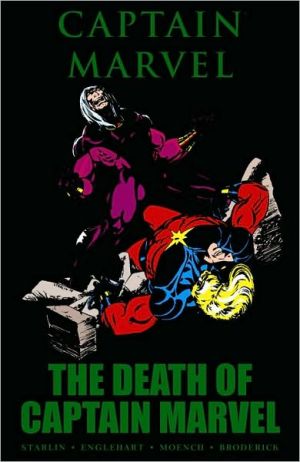 Witness the classic and tragic end of one of the greatest heroes of all time, Mar-Vell of the Kree, who became the Earth hero Captain Marvel! After dozens of battles on Earth and across space, and with the power of his Nega-bands and his all-knowing Cosmic Awareness, can Mar-Vell fare well in his battles with Nitro (the exploding villain who later sparked Marvel's super hero Civil War), the death-defying Stellarax, and the seemingly dead Thanos? Guest-starring Rick Jones, Drax the Destroyer, Starfox, and all your favorite Earth heroes!
Reviews from Goodreads.com