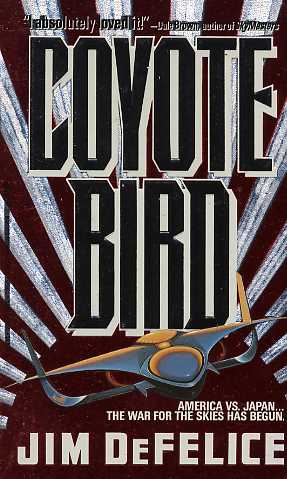 THE COLD WAR IS OVER.
BUT NOW, A THREAT FAR MORE CHILLING WAITS OVER THE HORIZON.

In Washington, D.C., the president is worried. Two of America's frontline spy planes have disappeared. In Tokyo, an aggressive, secretly remilitarized Japan is plotting to bring the greatest nation on earth to its knees.

In the skies over America, the U.S. has its weapon: the Coyote, a combat superplane so advanced, its creators are convinced it is invincible.

But Japan is ready to match the challenge with a computer-assisted aircraft of terrifying capabilities. For Air Force top gun Lt. Colonel Tom Wright, it means flying the Coyote for his country--and his life--against Japan's ultimate "smart weapon:'