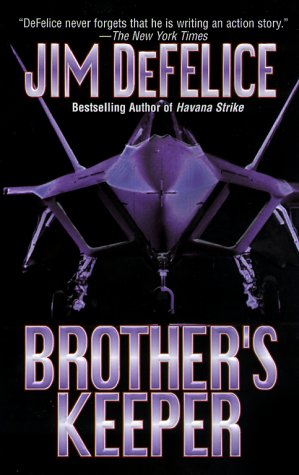 A MISSING BROTHER
F.B.I. agent Jack Ferico has never gotten along with his estranged older brother, Daniel. In their father's eyes Danny was always the standard by which Jack was measured--and Jack always came up short. But now their father is dying and he wants to see Danny before he goes. The trouble is, when Jack tries to contact Danny, he finds he's disappeared--without a trace.

A GLOBAL THREAT
The search that Jack begins simply for his father's sake soon uncovers secrets, hidden agendas, and a danger far more serious than he ever imagined. Danny--Dr. Daniel Ferico--was working with an international think tank as a specialist in stealth technologies, and his disappearance raises some major red flags. If any of the classified technologies were to fall into the wrong hands, national security would be threatened and the balance of power could shift. Suddenly Jack's not the only one looking for Danny. But if he wants to save his brother and end an international crisis, he'd better be the one who finds him . . . and fast.
Reviews from Goodreads.com