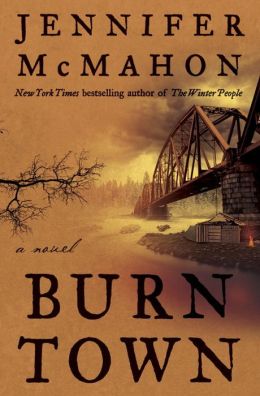 The New York Times best-selling author of The Winter People and Promise Not to Tell returns with a riveting psychological thriller in which an unresolved murder haunts a family for generations, forcing one daughter into a life of hiding and concealed identity to escape a deadly threat.

On a brilliantly sunny summer afternoon, ten-year-old Miles Sandeski witnesses the murder of his mother as she sunbathes in their suburban backyard. When he emerges from a hidden play space to disrupt the crime, Miles scares off the killer, but he is left with a powerful clue that will compel him to pursue the murderer and seek an understanding of the horrifying event for decades.

Years later, secretly aware of the killer's identity and what he is after, Miles will try to protect his teenage daughter from becoming the next victim--the murderer wants something, held within Miles' family in the small industrial New England town of Ashton, and will fatally pursue each generation for what's desired.

Burntown unfolds as the story of Miles's daughter when she emerges from an incident intended to kill her, with a loss of memory and a total dislocation from the life she has known. Necco, as she comes to be known, embarks on a life as a kind of fugitive, hiding as an outsider in the town's abandoned corners--Ashton's underbelly, Burntown--reliant on kind strangers for her survival: a boyfriend who is himself a run-away, the mystical women known as "the fire eaters" who give her shelter in a camp by the river, practicing sooth and seeing through the altered reality of powerful herbs they call "The Devil's Snuff," Theo, a high-school senior who finds herself caught up in a romantic affair that compels her to sell drugs to students and teachers at Our Lady of Hope high school, and Pru, the cafeteria lady there, Theo's best customer, who dreams of being beautiful, talented, and adored in another life.

The lives of these misfits--lost teens and adults--intersect in a crime that implicates them all, and as they flee the police and the real killer who continues to hunt Necco, a story unfurls that is edge-of-your-seat suspenseful with classic Jennifer McMahon twists and surprises.
Reviews from Goodreads.com 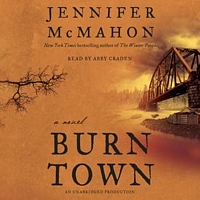