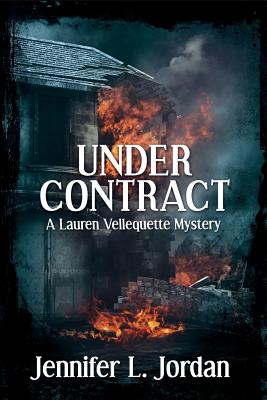 
Denver's hottest housing markets are on fire! Lauren Vellequette, seasoned real estate agent and newbie private investigator, has her hands full with Dennis McBride, an arsonist's target. The builder's list of enemies stretches into double digits, and even as Lauren rules out one suspect, two more emerge. Before she can make progress, another house is in flames, and she's become the arsonist's next prey. A wilding incident in Denver's trendy LoDo district also demands Lauren's attention. Her growing attraction to the client, sports bar owner Roxanne Archuletta, gives her added incentive to find out who's causing all the trouble in LoDo. Meanwhile, Lauren's teenage assistant Sasha Fuller continues to amaze and annoy in equal parts, and Lauren's friend and P.I. mentor Rollie Austin is starting to seem like the worst real estate client ever! "Under Contract" is the second book in the Lauren Vellequette real-estate-themed mystery series, following "Killed in Escrow." Both feature Denver neighborhoods and landmarks familiar to residents and visitors to the mile-high city.
Reviews from Goodreads.com 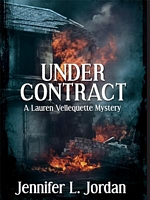