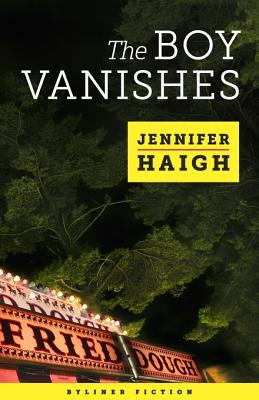 From "New York Times" bestselling author Jennifer Haigh, "The Boy Vanishes" is a short story that is novelistic in its scope and emotional intensity. Taut and powerful, it is a keen reimagining of a whodunit in which everyone is implicated and no one is safe. It's the summer of 1976 on the South Shore of Massachusetts. The Bicentennial is a season-long celebration, and flags are everywhere, snapping in the seaside winds, ironed onto T-shirts, tattooed into biceps. Tim O'Connor works the Cigarette Game booth at Funland-toss a quarter placed on an eight-sided ball into the right slot and you win two packs of smokes or maybe, if you're lucky, a carton. If asked his age, he'd say he's seventeen, but in truth he's fourteen. Yet the kids in blue-collar Grantham-a town first imagined by Haigh in her devastating bestseller "Faith"-grow up fast, are known for being wild, and more often than not drop out of school to punch the clock at the nearby Raytheon plant. When Tim disappears after the park's closing one night, no one makes much of it till late morning. It's not the first time his mother, Kay, has forgotten to pick him up. It's not the first time he has stayed out all night. By the time local cops begin their investigation, there is little trace of the boy, only witnesses to a complicated set of relationships in a place where surviving isn't always thriving and where disappointment mixes with the salt in the air. In this superbly crafted story, the search for a missing boy becomes a search for the American dream, laying bare how destructive its promises often are. Recalling Dennis Lehane in setting and subject and masters like Graham Greene and Richard Ford in tone and style, Haigh's latest work is a testament to all that short fiction can be. It's a searing portrait of how much a community loses when one of its own is lost. ABOUT THE AUTHORJennifer Haigh is the author of three "New York Times" bestselling novels, "Baker Towers," "The Condition," and "Faith." Her first nove
Reviews from Goodreads.com