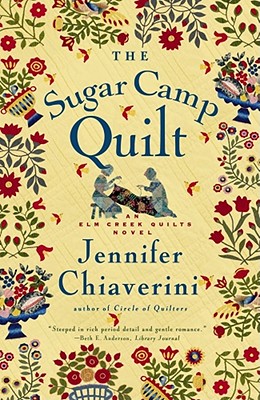 A week after Uncle Jacob's death, Abel Wright came to pay his respects. Dorothea Granger took him to the grave and stood some distance away while he bowed his head in silent prayer. Then he looked up and said, "I have something to tell you and your folks."

History is thick with secrets in The Sugar Camp Quilt, seventh in the beloved Elm Creek Quilts series from bestselling author Jennifer Chiaverini. Set in Creek's Crossing, Pennsylvania, in the years leading up to the Civil War, the story begins with friends and neighbors taking sides in the abolitionist debate, and as events unfold, an ex-traordinary young heroine passes from innocence to wisdom against the harrowing backdrop of the American struggle over slavery.

A dutiful daughter and niece, Dorothea Granger finds her dreams of furthering her education thwarted by the needs of home. A gifted quilter, she tragically loses her hope chest in a flood. A superior student, she is promoted from pupil to teacher -- only to lose her position to the privileged son of a town benefactor. But the ultimate test of her courage and convictions comes with the death of her stern uncle Jacob, who inexplicably had asked Dorothea to stitch him a quilt with four unusual patterns of his own design. After he meets with a violent end, Dorothea discovers that the quilt contains hidden clues to guide runaway slaves along the Underground Railroad. Emboldened by the revelations about her uncle's bravery, Dorothea resolves to continue his dangerous work. Armed with the Sugar Camp Quilt and its mysterious symbols, she must evade slavecatchers and outwit unscrupulous neighbors, embarking upon a heroic journey that allows her to discover her own courage and resourcefulness -- unsuspected qualities that may win her the heart of the best man she has ever known.
Reviews from Goodreads.com 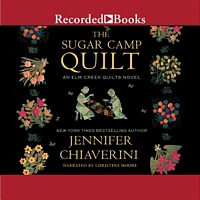 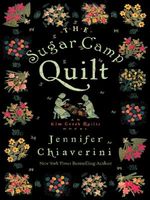