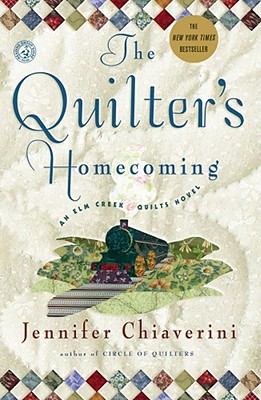 Newly wed in a festive yet poignant ceremony at Elm Creek Manor, bride Elizabeth Nelson takes leave of her ancestral Pennsylvania home. Setting off with her husband, Henry, on the adventure of a lifetime, Elizabeth packs the couple's trunk with more than the wedding quilts she envisions them dreaming beneath every night of their married lives. They are landowners who hold the deed to Triumph Ranch, 120 acres of prime California soil located in the Arboles Valley, north of Los Angeles.


"Triumph Ranch," says Mae, a traveling companion whom Elizabeth has let in on the promise of the Nelsons' bright future. "That sounds like a sure thing." But in a cruel reversal of fortune, the Nelsons arrive to the news that they've been had, and they are left suddenly, irrevocably penniless.


They are hired as hands at the farm they thought they owned, and Henry struggles mightily with his pride. Yet clever, feisty Elizabeth -- drawing on her share of the Bergstrom women's inherent economy and resilience -- vows to defy fate through sheer force of will. As her life intertwines with Rosa Diaz Barclay, native to the Arboles Valley and a fellow quilter, their blossoming friendship sheds light on many secrets that have kept each of them and their families from their rightful homes.


In the cabin where Henry and Elizabeth are living on Triumph Ranch, Elizabeth discovers quilts belonging to Rosa's mother, and in their exquisite patterns recognizes a misplaced legacy of love, land, and family. But her newfound understanding of the burden of loss that Rosa shares with the mysterious Lars Jorgensen places her in mortal danger. Only by stitching the rift between the past and the future can the inhabitants of Triumph Ranch hope to live in peace alongside history.
Reviews from Goodreads.com 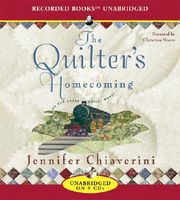 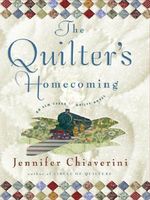