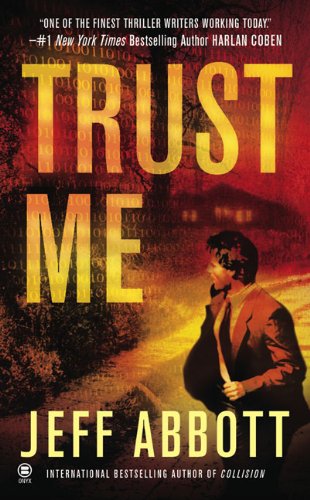 Luke Dantry tells people he has a job on the cutting edge of the war on terror-only he knows it's nowhere near as adrenaline-filled as he makes it sound. Luke's nightly task working for his stepfather's Washington think tank: Go undercover from the anonymous safety of his computer and infiltrate Web-based, home-grown terrorist networks, cataloging the screen names and details of a motley collection of rage-filled, mentally suspect, and mostly impotent loners he comes to call the Black Road. Now and then he encounters someone who may have the capability to make good on his threats, but Luke figures that the vast majority of his targets are simply frustrated malcontents using the Internet as an empty soapbox.

When Luke is kidnapped at gunpoint, without warning, and left for dead in an isolated cabin deep in the woods, he realizes it must be related to his work, and that the Black Road is far more organized than he thought -- and much closer to home than he could have ever imagined. After a daring escape, with both the terrorist group and their enemies on his heels, he must quickly assemble a complex puzzle of convoluted histories and motives, where the final pieces extend deep into his own past -- and where Luke himself may hold the key to stopping the Black Road before their spectacular plans come to horrible fruition.
Reviews from Goodreads.com