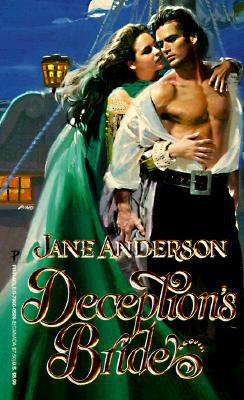 On the Dutch Island of Formosa, Donella Livingstone, stood before the altar, tricked into marrying a man she didn't love. But a surprise pirate attack threw the wedding into chaos, and Donella found herself in the arms of a dashing English cavalier -- a man she had seen once before and had never forgotten...

Weylin Lawrence had tracked Donella halfway around the world. Torn between duty and his growing desire for the green-eyed beauty, Weylin was determined to find a way to remain loyal to his king without betraying Donella..

Together, Donella and Weylin embark on a daring high seas adventure that will take them from the lush Malaysian islands to grand English courts to the untamed wilderness of a new America. Through trials of survival and twists of fate, they discover a turbulent passion that will test the very strength of their souls -- and the newfound courage of their hearts.
Reviews from Goodreads.com