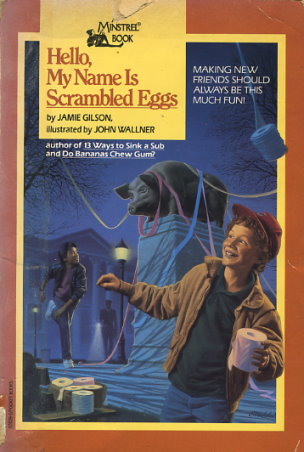 What a Way to Start a Friendship!

When Harvey Trumble's parents host a family of Vietnamese refugees, Harvey figures he'll show the new kid the ropes. But right from the start things go wrong. Tuan thinks hot dogs are really made from dogs, and when Harvey demonstrates his hair dryer, Tuan thinks it's a gun! Escalators and eating with a fork and ice-cold tea are all new to Tuan, so Harvey really has his hands full.

But if there's one think Harvey doesn't need, it's help from that pain-in-the-neck know-it-all, Quint. Quint thinks it's time to show Tuan some all-American fun. But for Harvey and Tuan, that spells nothing but trouble!