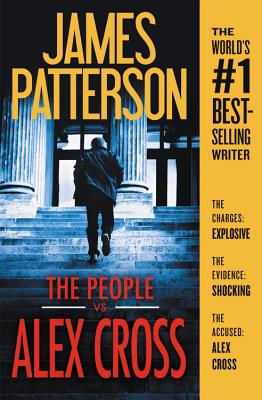 Alex Cross has never been on the wrong side of the law-until now. Charged with gunning down followers of his nemesis Gary Soneji in cold blood, Cross is being turned into the poster child for trigger-happy cops who think they're above the law. Cross knows it was self-defense. But will a jury see it that way?

As Cross fights for his professional life and his freedom, his former partner John Sampson brings him a gruesome, titillating video tied to the mysterious disappearances of several young girls. Despite his suspension from the department, Cross can't say no to Sampson. The illicit investigation leads them to the darkest corners of the Internet, where murder is just another form of entertainment.

The People vs. Alex Cross: the trial of the century

As the prosecution presents its case, and the nation watches, even those closest to Cross begin to doubt his innocence. If he can't convince his own family that he didn't pull the trigger with intent to kill, how can he hope to persuade a jury? But even with everything on the line, Cross will do whatever it takes to stop a dangerous criminal...even if he can't save himself.
Reviews from Goodreads.com

3.5 stars The People vs Alex Cross is the twenty-fifth book in the popular Alex Cross series by prolific American author, James Patterson. Alex Cross is suspended from duty pending his trial for murder on two counts and attempted murder on another. Full details of this are in Cross Kill, a Bookshots issue, but most of the relevant detail is summarised in a page towards the beginning, and more throughout the text, so there’s no need to go back.

Rather than twiddle his thumbs (Nana Mama would never allow that!), Alex makes use of his psychology qualifications and does some counselling from a basement office at home. And despite his suspension and his Chief of Detectives clear directive not to get involved, Alex tries to help Sampson out in the case of the missing blondes. Somebody nasty is kidnapping young blonde women and making snuff videos. Being on suspension is also handy for having time to devote to family things like dinner together, and Jannie’s running events.

The trial holds a few surprises but when certain video footage comes up clean of tampering, the astute reader will have it figured out before young Ali Cross does. There’s a bit of clever detective work in the blondes case (as well as a few dumb decisions) that all lead to a dramatic climax with guns and explosives and secret tunnels and gas tanks and GoPros. And Alex ends up on suspension again, pending the results of investigations into the shootings.

Well, it is fiction so you need to suspend disbelief on some things, like when Alex goes on TV to state his case in the middle of his murder trial (how is this not contempt of court?), and when he and Sampson ignore or forget a certain woman’s computer hacking activities while questioning her. It’s fast paced, lots of cliff hangers are tied into neat bows for a feel-good ending, and there’s the hint of a new direction for Alex Cross. Standard James Patterson fare. 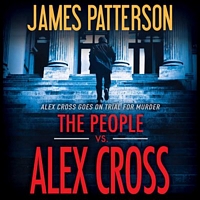