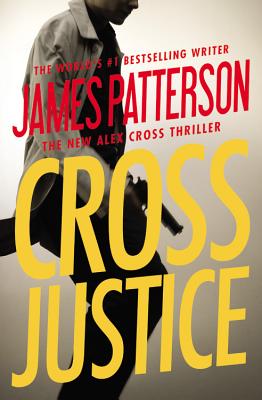 The toughest cases are the ones that hit close to home.

When his cousin is accused of a heinous crime, Alex Cross returns to his North Carolina hometown for the first time in over three decades. As he tries to prove his cousin's innocence in a town where everyone seems to be on the take, Cross unearths a family secret that forces him to question everything he's ever known.

Chasing a ghost he believed was long dead, Cross gets pulled into a case that has local cops scratching their heads and needing his help: a grisly string of socialite murders. Now he's hot on the trail of both a brutal killer, and the truth about his own past--and the answers he finds might be fatal.
Reviews from Goodreads.com

Cross Justice is the twenty-third book in the popular Alex Cross series by prolific American author, James Patterson. Alex Cross, wife Bree Stone, Nana Mama, Jannie and Ali are in North Carolina. Needing a break after recent traumatic events in their lives, the Cross family heads to Starksville, the town from which Nana Mama rescued Alex and his brothers when their parents died.

A request from his niece, lawyer Naomi Cross, sees Alex returning to the town he has not visited for thirty-five years. Naomi is defending Alex’s cousin, Stefan Parks, on a murder charge for which the evidence looks damning. A rude introduction to Starksville’s Police force is only the beginning for Alex: it is soon apparent that corruption is rife in the town and Stefan’s hope of a fair trial is slim.

But as Bree and Alex strive to uncover the facts, Alex also learns some uncomfortable truths about his parents. In an effort to find closure for himself and Nana Mama, Alex heads to Florida to see the place where his father, Jason Cross evidently committed suicide. And finds himself involved in a murder investigation.

Readers may be forgiven for wondering if this book was written by the same author who wrote Cross My Heart and Hope To Die: the standard of writing, the plot with its twists and red herrings, the characters, everything about this book is so much better than the two previous instalments. Perhaps Patterson actually sat down and wrote this one instead of phoning it in? Astute readers will have the big reveal at the end pegged fairly early on, but this one is an enjoyable read. 4.5 stars

Read Cross the Line next, before Cross Kill