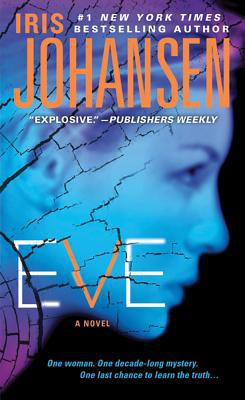 Years ago, Eve Duncan's beloved daughter Bonnie went missing. Now, she's closer than ever to finding the answers she's been searching for.

Eve Duncan's mission in life is to bring closure to the families who have experienced the agony of a missing child. As a forensic sculptor, she is able to piece together bones, create a face, and bring an identity to a child who would have otherwise gone unidentified. Eve is brilliant, driven, and tormented -- because her own daughter, Bonnie, was taken from her years ago. But now, with the help of a CIA agent, Eve has uncovered some startling new evidence: a man with a connection to Bonnie that had been all but buried. His name is John Gallo. He's from Eve's own past. His whereabouts are unknown. And he might just be the missing piece to the puzzle that has haunted Eve for years...
Reviews from Goodreads.com

Eve Duncan is an ongoing character in Iris Johansen's novels. She is a forensic sculptor whose work is in demand by many police departments.

She's been with her lover, Det. Joe Quinn for years and still has the heartake from when her daughter, Bonnie, was kidnapped two years ago. Some think that Bonnie is dead. However, Eve's friend, Catherine Ling, of the CIA asks if she's considered if Bonnie's father could have anything to do with Bonnie's kidnapping.

Eve is astonished. She thought that Bonnie's father, John Gallo, died while serving in active duty.

The story flashes back to Eve's younger days and answers questions about Eve's childhood. She grew up in Atlanta with her drug addicted mother. One day Eve was sticking up for one of her teenage friends with a group of neighborhood punks. The young hoods turned on her and were about to assault her when John Gallo appeared. He was adept with modern fighting methods and quickly dispatched the hoods. Gallo was impressed with Eve's gutsy manner and began to pursue her, romantically.

The story tells of what happened to Gallo and how he reappeared after serving in an advanced unit in the military. When Eve learns that Gallo survived the war, she wants to find out, for herself, if he had anything to do with their child's kidnapping.

I enjoyed the story and learning of Eve's development from a poverty stricken youth to a well respected forensic sculptor. However, as she is a character who appears in many of the author's books, there are still questions unanswered. 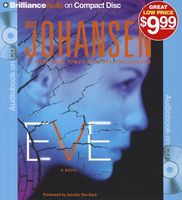