The Story of the Late Mr. Elvesham — H.G. Wells 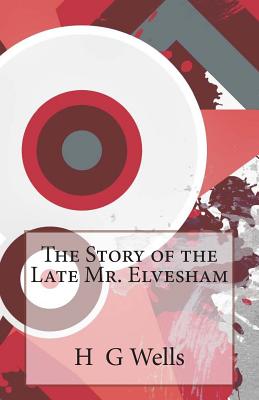 The Story of the Late Mr. Elvesham is a short story by H. G. Wells. Herbert George "H. G." Wells (21 September 1866 – 13 August 1946) was an English writer, now best known for his work in the science fiction genre. He was also a prolific writer in many other genres, including contemporary novels, history, politics and social commentary, even writing textbooks and rules for war games. Wells is sometimes called "The Father of Science Fiction", as are Jules Verne and Hugo Gernsback. His most notable science fiction works include The War of the Worlds, The Time Machine, The Invisible Man and The Island of Doctor Moreau. Wells's earliest specialised training was in biology, and his thinking on ethical matters took place in a specifically and fundamentally Darwinian context. He was also from an early date an outspoken socialist, often (but not always, as at the beginning of the First World War) sympathising with pacifist views. His later works became increasingly political and didactic, and he sometimes indicated on official documents that his profession was that of "Journalist." Most of his later novels were not science fiction. Some described lower-middle class life (Kipps; The History of Mr Polly), leading him to be touted as a worthy successor to Charles Dickens, but Wells described a range of social strata and even attempted, in Tono-Bungay (1909), a diagnosis of English society as a whole. Wells's first non-fiction bestseller was Anticipations of the Reaction of Mechanical and Scientific Progress Upon Human Life and Thought (1901). When originally serialised in a magazine it was subtitled, "An Experiment in Prophecy", and is considered his most explicitly futuristic work. It offered the immediate political message of the privileged sections of society continuing to bar capable men from other classes from advancement until war would force a need to employ those most able, rather than the traditional upper classes, as leaders. Anticipating what the world would be like in the year 2000, the book is interesting both for its hits (trains and cars resulting in the dispersion of population from cities to suburbs; moral restrictions declining as men and women seek greater sexual freedom; the defeat of German militarism, and the existence of a European Union) and its misses (he did not expect successful aircraft before 1950, and averred that "my imagination refuses to see any sort of submarine doing anything but suffocate its crew and founder at sea").
Reviews from Goodreads.com