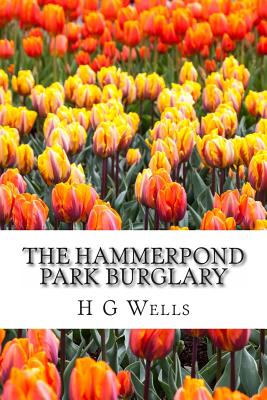 It is a moot point whether burglary is to be considered as a sport, a trade, or an art. For a trade, the technique is scarcely rigid enough, and its claims to be considered an art are vitiated by the mercenary element that qualifies its triumphs. On the whole it seems to be most justly ranked as sport, a sport for which no rules are at present formulated, and of which the prizes are distributed in an extremely informal manner. It was this informality of burglary that led to the regrettable extinction of two promising beginners at Hammerpond Park. The stakes offered in this affair consisted chiefly of diamonds and other personal bric-a-brac belonging to the newly married Lady Aveling. Lady Aveling, as the reader will remember, was the only daughter of Mrs Montague Pangs, the well-known hostess. Her marriage to Lord Aveling was extensively advertised in the papers, the quantity and quality of her wedding presents, and the fact that the honeymoon was to be spent at Hammerpond. The announcement of these valuable prizes created a considerable sensation in the small circle in which Mr Teddy Watkins was the undisputed leader, and it was decided that, accompanied by a duly qualified assistant, he should visit the village of Hammerpond in his professional capacity."
Reviews from Goodreads.com