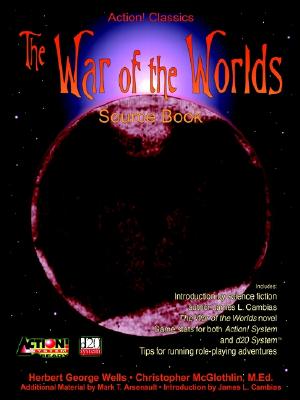 The Action! Classics: War of the Worlds book, by authors H.G. Wells and Christopher McGlothlin, M.Ed., is based on the original science-fiction classic novel by H.G. Wells. The book includes both the complete text of the original novel by H.G. Wells, as well as a sourcebook containing information about the people, places and equipment found in the novel. The book also features an introduction written by science-fiction author James L. Cambias and a full-color cover illustration by artist Tom Kidd. The source book section includes Action! System stats for the major characters, the Martians, the weapons and yes, even the Martian war machines, allowing you to incorporate The War of the Worlds into your adventure roleplaying game using the Action! System. The book also includes a basic set of miniatures rules. The miniatures rules will allow you to reenact fearsome battles between the Martian war machines and the British army and navy! are compatible with Monster Island: The Game of Giant Monster Combat, an Action! Packed game from Firefly Games.
Reviews from Goodreads.com 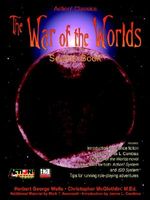