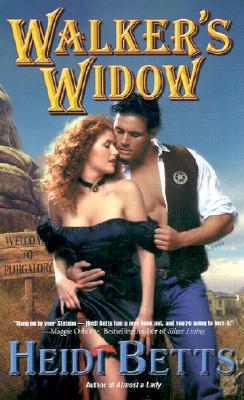 Between Heaven and Hell lies Purgatory, Texas -- a town with too few saints ... and too many sinners.

TO CATCH A THIEF

Clayton Walker had been sent to Purgatory ... but it felt more like hell. Assigned to solve a string of minor burglaries, the rugged Texas Ranger thought catching the crook would be a walk in the park. Instead he found himself chasing a black-masked bandit with enticing hips and a penchant for helping everyone but herself And Clay swore he would see justice done, even if he had to shackle the beauty to him for the rest of his life.

With quick fingers and a lithe body, Regan Doyle's nocturnal activities knew no boundaries; decked out in black, the young widow made sure the rich "donated" to the local orphanage. And the fiery redhead wasn't about to let a lawman get in her way--even if his broad shoulders and piercing gray eyes were arresting. But caught in a compromising position -- one that revealed far more than her colorful undergarments--Regan recognized that the jig was up, for Clay had stolen her heart.
Reviews from Goodreads.com