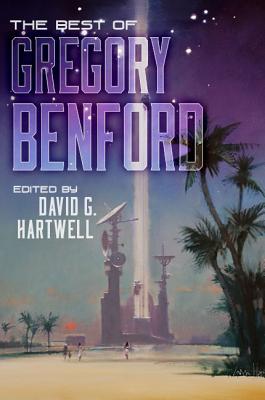 This is a monumental collection of thirty-eight Gregory Benford stories, including some of the best science fiction of the last fifty years, chosen from the more than two hundred he has published to date:

At the end of the 1960s, Benford expanded his novella ''Deeper than the Darkness,'' to become his first novel of the same title in 1970. He hit his stride in the 1970s, making his reputation with stories such as ''Doing Lennon'' and ''In Alien Flesh.'' By the end of that decade he had written ''In the Ocean of Night,'' the first of his impressive Galactic Center novels. He entered the 1980s a Nebula Award-winner for his classic novel, ''Timescape.'' That decade continued with the impressive stories ''Relativistic Effects'' and ''Exposures,'' the novel, ''Against Infinity,'' and ended with ''Matter's End'' and ''Mozart on Morphine.''

By the middle of the 1980s he had also taken the leadership position of spokesman for hard science fiction, and contended with the rising cyberpunk reformers of hard SF. He has remained the most articulate defender of science's role in science fiction to this day, and perhaps the most literate and literary of its writers. In the 1990s, by now an acknowledged master of hard science fiction, he became more playful in some works, in particular stories such as ''Centigrade 233,'' a riff on Ray Bradbury's classic ''Fahrenheit 451,'' and ''Zoomers,'' a dot-com bubble superman fantasia, while still holding to the center with the majority of his writing, completing his long series of Galactic Center novels and even writing in Isaac Asimov's Foundation universe.

That playful thread became central after the turn of the millennium, with shorter satirical pieces originally published in Nature, such as ''Applied Mathematical Theology'' and ''Reasons Not to Publish.'' But he still wrote the innovative stories ''Bow Shock,'' ''Mercies,'' and ''The Sigma Structure Symphony'' and in the second decade of the new century embarked on a major collaboration with Larry Niven, in the novels ''The Bowl of Heaven'' and ''Shipstar.''

We have here a series of snapshots of a moving target, a writer who has been growing and changing for decades, extending his art, and the art of science fiction writing. Benford continues building himself challenging structures to write in with two story series in progress that may emerge as major works. He's not slowing down. But for the record we now have this book, a permanent chronicle of a major career. Six decades so far.
Reviews from Goodreads.com