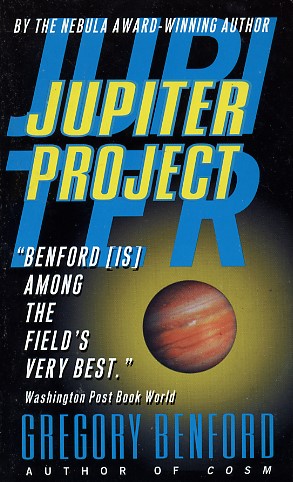 The Jovian Astronautical-Biological Orbital Laboratory circles Jupiter and its moons--a metal shell bathed in lethal radiation, held in tenuous place by the gravity of the massive gas giant like a fragile glass ornament in a monstrous fist.

For seventeen-year-old Matt Bohles and his friends, "the Can" is home.

Life onboard the aging space station is cramped, spartan, and dangerous. Its mission--to monitor incoming signals and transmissions in search of alien life--has so far proven fruitless.

It is the only world Matt has ever known.

But now, at the threshold of adulthood--with its onset of new questions, confusions and feelings--Matt Bohles faces an impending crisis that threatens everything he knows and is. For unless he can prove himself an invaluable member of the scientific team--and quickly--he will be exiled to a filthy, perilous and unfamiliar hell called Earth.
Reviews from Goodreads.com