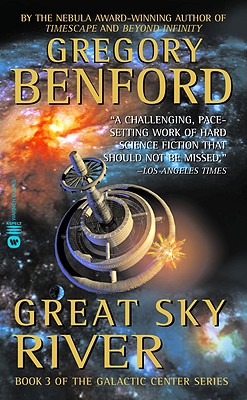 Nearly 100,000 years after first contact with the machines that dominate the universe, only a few hundred humans survive. Trapped on Snowglade, a barren world near the center of the galaxy, Killeen and his child Toby of the Bishop Tribe are primitive scavengers, homeless and hunted by the ruling "mechs." Then suddenly, a strange cosmic entity--neither organic nor cybernetic nor living matter--reaches out from a black hole to speak with Killeen. But can the fallen descendant of starfarers understand this alien being in time--and seize his only chance to save his family and mankind from final annihilation?
Reviews from Goodreads.com