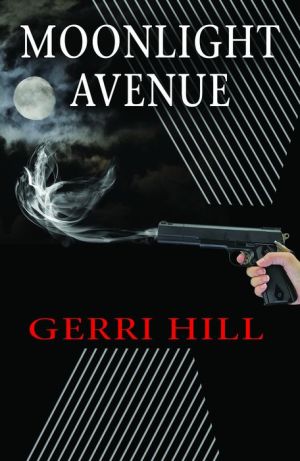 Finley Knight, ex-cop turned private investigator, lives a lonely, solitary life. She uses her downtime to reflect on the past and wonders what could have been.

Detective Dee Woodard transferred to Corpus Christi nine years ago to put distance between herself and her ex…an ex she was still in love with. A murder investigation leads her to Moonlight Avenue and Finley Knight.

Rylee Moore left the windy plains of Amarillo in her rearview mirror, hoping to start over in this city by the bay, only to find employment hard to come by. Finley Knight wasn't hiring either, but Rylee's begging and pleading―and not taking “no” for an answer―finally lands her a job. Not as an apprentice, as she wanted, but as the lone employee at Moonlight Avenue Investigations―receptionist.

When another murder hits close to home, Finn ignores the police directive to stay out of it and goes on a search for the killer…reluctantly taking Rylee along for the ride.

After a gruesome third murder, Dee is booted from the case. She joins Finn's team…the chase bringing them closer and closer to a vicious drug dealer.

Amongst the chaos, crime, and cover-up…love pokes its head above the water. But can they stay alive long enough to explore it?
Reviews from Goodreads.com