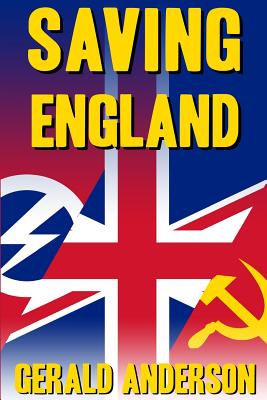 Many Americans would be surprised to learn that England had an active fascist party in the years before World War II. Yet, by 1936, the British Union of Fascists of Sir Oswald Mosley had become a growing threat. Many British admired Mussolini for his accomplishment of making the trains run on time and some of them agreed with the direction of Germany under Hitler. Many also, unfortunately, were convinced that his Jewish policy was not unreasonable. On October 4th of that year, thousands of fascists and members of the Communist Party of Great Britain met in what was a virtual one-day civil war in the East End of London in a confrontation called the Battle of Cable Street. In the middle were the forces of the Metropolitan Police, attempting to maintain order while still protecting traditional civil liberties. Three young men - who called themselves the "Three Bs" - were born within two weeks and within shouting distance of each other had developed a deep friendship. By 1936, however, Benny had become a communist, Billy had become a fascist, and Bobby had become a police constable. Scotland Yard had become uneasy about the increasingly violent nature of political demonstrations, and established a Special Branch effort to gain more information on the situation. They found a perfect undercover agent in the person of a young woman, Jane Ford, who discovered that a plot existed to funnel Italian money into the British Union coffers. If this happened, they feared that Hitler would provide even more money. A way had to be found to save England. Although the young characters of this story are fiction, the story is based on historical reality. The author has conducted meticulous research and has included material from the archives of the British Union of Fascists, the Communist Party of Great Britain, Parliamentary Papers of the National Government, and the files of the Metropolitan Police. Other than the young fictional characters, most of the other characters did exist, and in some cases their actual words propel the plot. Spoiler alert: they did save England.
Reviews from Goodreads.com