Murder Under the Loon — Gerald Anderson 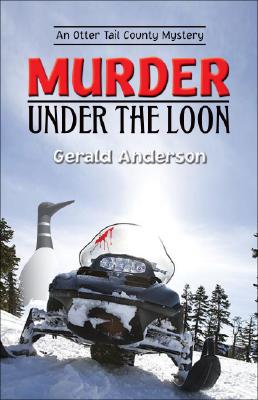 
In the good old Minnesota town of Fergus Falls, murder is about as common as shorts-wearing tourists in January. But even in quiet Nordic towns, strange things can happen in the dead of winter.
Eager to retire, insurance company owner "Pinky" Hofstead had grand plans to announce the appointment of his new president at an all-employee winter weekend retreat. But after a night of snowmobiling in sub-zero weather, Hofstead is found the next day—as cold and stiff as a piece of dried lutefisk.
Puzzled by how Hofstead's body could be lying beneath a concrete loon with his snowmobile abandoned fifty feet away, Otter County Sheriff Palmer Knutson and his upstart rookie detective suspect that this is more than just an accident. With possible motives of greed, ambition, and jealousy, could any of the four employees or their spouses be cold-blooded enough to ice the boss? Uffda There's a murderous chill in the air