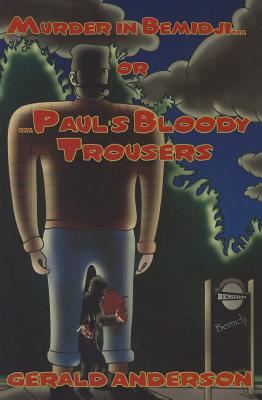 "Victim stood in the shadows behind the giant blue ox. It was eerily silent. The only sounds came from a few ripples gently lapping onto the shore of Lake Bemidji and, in the distance, exhaust fumes drifted through the air from a passing tanker on Highway 2. The fury of the thunderstorm system that had ripped across northern Minnesota five hours earlier left hundreds of small puddles on the tarred surface of the parking lot, which now reflected the light from a distant street lamp. In the east, flashes of lightning illuminated a sky indifferent to the violence that would soon occur in this vacation paradise."  This is the fourth book in the series featuring Palmer Knutson, the famous Norwegian-American sheriff of Otter Tail County.  Since the bodies were starting to pile up in peaceful Fergus Falls, the author moved the scene of the action to the resort city of Bemidji, site of the famous statues of Paul Bunyon and Babe, the Blue Ox.  In this novel, Knutson is aided by the Native American sheriff of Beltrami County, Jason Two Bears.
Reviews from Goodreads.com