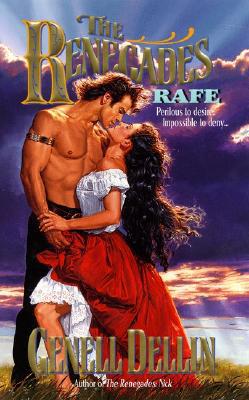 The Renegade
Half-Choctaw Rafe Aigner is no man to trifle with: dark and dangerous, he's survived by his wits and the turn of the cards. But now he has a young son who needs him, so the time has come to settle down. Fate has brought him to Texas, and Lady Luck has won him the San Antonio Star. But when Rafe discovers that the woman running his newspaper is the woman who once owned his heart, he's shocked -- and furious.

The Woman
If she hadn't believed Rafe was dead, Madeleine Calhoun never would have married the fool who lost her beloved San Antonio Star -- and then his life -- in a card game. Now Rafe is back -- changed by a harsh world into a dangerous stranger the young widow barely recognizes. Yet her heart still knows him and her traitorous body feels weak with wanting him. Will she ever be able to win back his betrayed trust...and get him to wager his hardened heart on their love once more?
Reviews from Goodreads.com