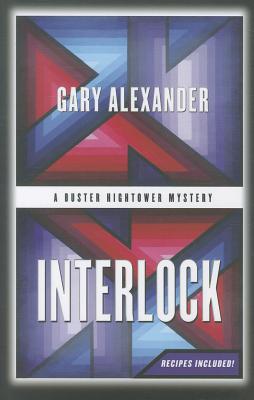 Butch Hightower, long-lost older brother of stand-up comic Buster, has many talents. Video poker was never one of them.

A few years back, Butch took a position with a security patrol . . . the plan being that he would settle his debt to some no-necks by allowing them to steal valuable art work while he was on patrol. It was either that or broken fingers. But for reasons unclear even to himself, Butch double crossed everyone and stole Interlock,, an abstract painting worth millions. Then he disappeared.

But others are close behind--the Russians who paid $243.5 million for Interlock just before Butch snatched it, and an insurance company that was out big money. A talented painter, Butch plants Interlock forgeries as a diversion.

Buster tries to convince the seventy-year-old to behave like an adult and hand over Interlock. Butch finally agrees . . . maybe.
Reviews from Goodreads.com