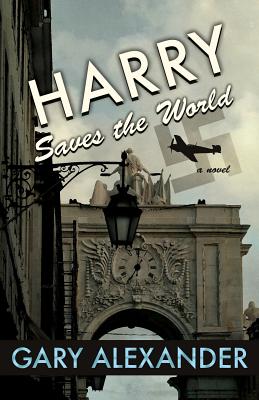 
Horatio Alger (Harry) Antonelli, 1938 college grad and football star, goes to Europe for the summer before settling down to teach high-school history and coach the football team, and eventually marry ─ white picket fence, kids, pets, et cetera. Increasingly, that scenario is terrifying him, so his 1938 summer has stretched out to July 1940. Keeping one step ahead of the Third Reich and enraged husbands, Harry settles in Lisbon, a most fascinating place during WWII. While Portugal is neutral, Lisbon is a clearing house for every manner of spy, counterspy and hustler. Though he barely scrapes by, Harry is right at home. He wheels and deals with a shady Brit, dodges his landlady who's after back rent, and has fallen for a sultry and mysterious café singer. His precarious lifestyle is complicated by the arrival of Dorothy Booth, an old girlfriend, and her brother David Booth, an operative in an ultrasecret government agency he refuses to identify. David's agency has information suggesting that the Nazis run a factory in Lisbon where they're enriching uranium they plan to somehow release in allied cities, killing millions. Why Harry Antonelli? David, who strongly disapproves of Harry in general, laments that America has been remiss in getting agents into Lisbon. Harry is all they have. Aided (and babysat) by Dorothy, Harry reluctantly sets out to save the world. To do so, he must thwart the fanatical Nazis, who are dedicated to ensuring that the project succeeds at all costs.
Reviews from Goodreads.com