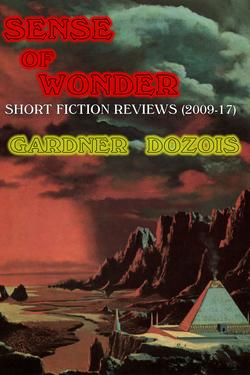 SENSE OF WONDER presents an epic set of short story reviews by a legend in the business—all of Gardner Dozois' reviews from his Locus Magazine column from 2009-2017. If you wanted to know how one of the best editors and writers thinks about short stories and what makes them tick, who would you want to know from? Gardner Dozois! Gardner has won more Hugo awards for editing than anyone, for his incredible work with Asimove's Science Fiction Magazine—where stories he selected and edited won tons more awards. He's won awards for his own writing as well, and has created a huge number of anthologies, including the reknowned "Year's Best Science Fiction" series. There's no better choice than getting insights from a mind like that. A must-have for any writer or fan of the field.
Reviews from Goodreads.com