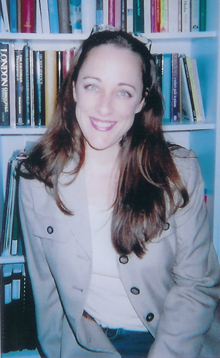 Gaelen Foley is a native of Pennsylvania and a New York Times bestselling author of historical romances. Her bold novels are set during Regency era England as well as during the Napoleonic Wars. It was during her studies at University of New York, College at Fredonia that Foley fell in love with the Regency period while she was studying the Romantic poets for her degree in English literature. After college, she decided to become a writer and works five and half years as a waitress to keep her days free for writing. After four rejected manuscripts, Bertelsmann, the largest publisher in the world, bought her fifth manuscript. She has written sixteen novels to date.

She lives near Pittsburg, Pennsylvania with her husband and bichon frise, Bingley.