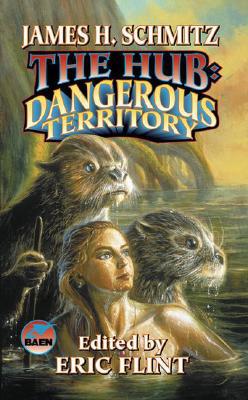 THE HUB IS A VERY DANGEROUS PLACE-
BUT SO ARE ITS CITIZENS.

The Federation of the Hub: thousands of rough, ornery and tough-minded human worlds with only the subtlest of interstellar governments holding them all together. Stable at last after centuries of war, the Hub is now prime real estate ... making it a merciless arena for the conflicting schemes of criminals, unscrupulous corporations, and invaders from beyond the edges of Federation space.

But the Hub is well-defended, and not only by professional heroes such as Telzey Amberdon and Trigger Argee. In Hub Space a citizen is expected to stand up for herself, blaster in hand, as needs must; so when Trouble comes Hubward in large doses, there are an awful lot of armed citizens waiting for it....
Reviews from Goodreads.com