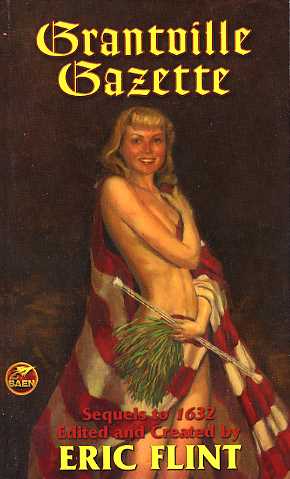 RETURN TO GRANTVILLE -- THE AMERICAN TOWN LOST IN TIME

Ed Piazza, the Secretary of State of the small United States being forged in war-torn Germany during the Thirty Years War, has a problem. A religious conference has been called in nearby Rudolstadt and religious freedom is at stake, threatened alike by intransigent theologians and students rioting in the streets. As if that weren't bad enough, a Calvinist "facilitator" from Geneva is maneuvering to get the U.S. involved with a revolutionary movement in Naples.

Virginia DeMarce's "The Rudolstadt Colloquy" is just one of the stories in the Grantville Gazette. In others, Eddie Cantrell--before he won glory and lost a leg in battle-- learns lessons in life and marksmanship from a Vietnam war tunnel rat; four American teenagers launch a new industry in the face of adult skepticism; and much more, including a new short story by Eric Flint, plus factual articles written by some of the people who developed the background for the novels 1632 and 1633.
Reviews from Goodreads.com