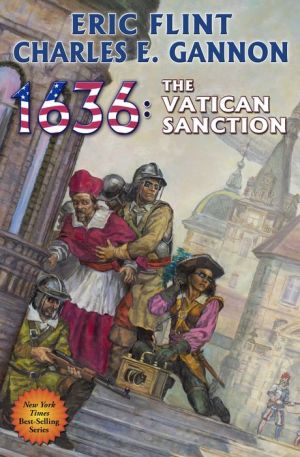 MAYDAY FOR A POPE!

It’s spring in Burgundy. The flowers are out and so are the cardinals! That is, the cardinals of Pope Urban’s renegade papacy, now on the run from the Vatican’s would-be usurper Borja.

Fortunately, Urban has help from those indomitable modern West Virginians thrown back in time during the Ring of Fire cataclysm. He has a new Papal Guard in the form of Owen Rowe O’Neill’s Wild Geese, and up-time leader Mike Stearns has loaned the Pope a contingent of the Hibernian Battalion— just in case.

Which is prudent, since Urban is not merely at risk from Borja’s assassins. The man who almost killed the Pope before, lethal Spanish mastermind Pedro Dolor, is in town. And Dolor hasn’t come to confess murder—he’s come to commit a cardinal sin. Several of them, in fact!

"The 20th volume in this popular, fast-paced alternative history series follows close on the heels of the events in The Baltic War, picking up with the protagonists in London, including sharpshooter Julie Sims. This time the 20th-century transplants are determined to prevent the rise of Oliver Cromwell and even have the support of King Charles."—Library Journal

"A rich, complex alternate history with great characters and vivid action. A great read and an excellent book."—David Drake

“This alternate history series is . . . a landmark…”—Booklist

“ . . . reads like a technothriller set in the age of the Medicis . . . ”—Publishers Weekly
Reviews from Goodreads.com