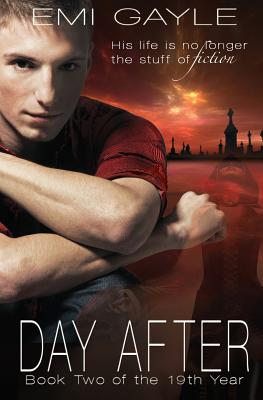 Demon crypts. Vampire lairs. Glowing angels. Sexy sirens. The stuff of fiction. Or so Winn Thomas always thought. Since being accepted into the fold of the supernatural, he knows better. None of what he imagined is true, but everything he feared is, and binding himself to his Changeling girlfriend until her nineteenth birthday will give him an education far beyond what he’d get at his human high school. Luckily, Winn’s not giving up, he won’t back down, and he definitely isn’t going to run away with his tail between his legs. After all, only werewolves have tails. Right? In this, the second of the 19th Year trilogy, Winn’s facing the challenge of one lifetime. If he doesn’t learn the truth about mythological creatures, his girlfriend Mac Thorne won’t either. That means, in six months, when she chooses her final form, she won’t know what to pick. Winn, though, has his own ideas about Mac’s final selection—plans she knows nothing of. He intends to have her pick human. Whether she can or not.
Reviews from Goodreads.com