Forget Me Not — Elizabeth Lowell 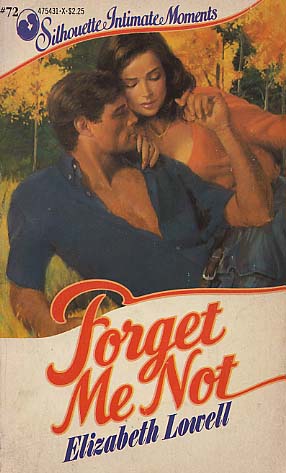 Ice raining down. Darkness and wind . . .

The nightmare woke Alana each night with a shock of absolute terror that did not diminish with waking. Those six lost days on Broken Mountain that she could not recall were tearing her apart.

She tried to scream, but no sound came. She tried to run, but each step took an eternity . . .

But out of the nightmare, the one man who could heal her reappeared--the man she had always been bound to as fiercely as man and woman could be bound. To help her face her fear, Rafe would bring her back to Broken Mountain. She had to follow him to the place where all her nightmares began.
Reviews from Goodreads.com