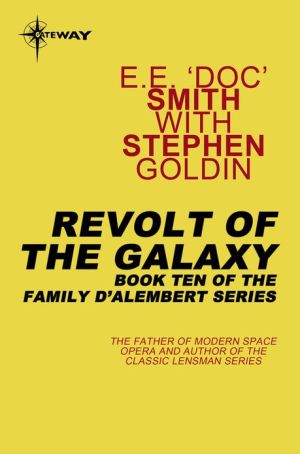 The awesome forces of the Empire of Earth have destroyed most of the evil conspiracy's fleet, including the ship bearing the ice-blooded Lady A, when the Family d'Alembert uncover a plot on the planet Newforest, proving that the conspiracy commanded by the mysterious C is even more widespread than they have dreamed.

For Yvette suddenly realises who - or what - C actually is, and she knows the terrifying true meaning of Lady A's boast that the conspiracy is the Empire!

Revolt of the Galaxy is the tenth and final exciting novel in the enthralling space adventure series whose heroes and heroines are the intrepid Family dAlembert
Reviews from Goodreads.com