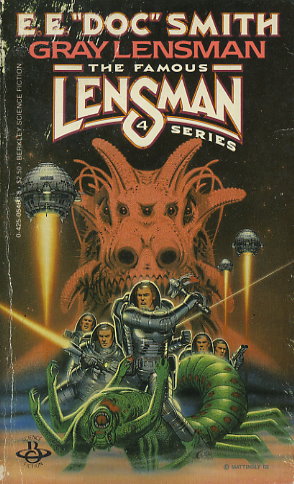 Space duel to the death

Somewhere among the galaxies was the stronghold of Boskone--a network of brilliant interplanetary criminals whose mania for conquest threatened the future of all known civilization.

Boskonian bases dotted the universe-- shielded by gigantic thought-screens that defied penetration. The best minds in the Galactic Patrol had tried. Now it was up to Lensman Kim Kinnison, using his fantastic mental powers, to infiltrate the Boskonian strongholds and learn the location of the enemy's Grand Base--and smash it forever!
Reviews from Goodreads.com